I’ve done it! I’m officially halfway through my treatment (the doctor who was on this morning was telling me) and we’ve managed, with the help of the hospital, to do it as an outpatient. And Mum hasn’t been too well lately, so I’ve been really, really appreciative of being able to just leave recovery after treatments three times a week, and come home with her! It’s so much better than trying to arrange leave from inpatient- what with all the restrictions they put on me (and I usually end up going backwards when I try to manage in hospital).

I’ve been having more memory trouble this round than I usually do. Today I got a package, and I’d ordered a tote bag- and apparently I was going on about it before I bought it and wanted to take my laptop somewhere? But for the life of me I can’t remember where haha, so that was a bit amusing. Memory loss isn’t overall amusing, just the fact that I’m buying things for a purpose and then can’t recall that purpose at all! And there’s been a few times I’ve bought something and TOTALLY forgot where I’ve put it…. 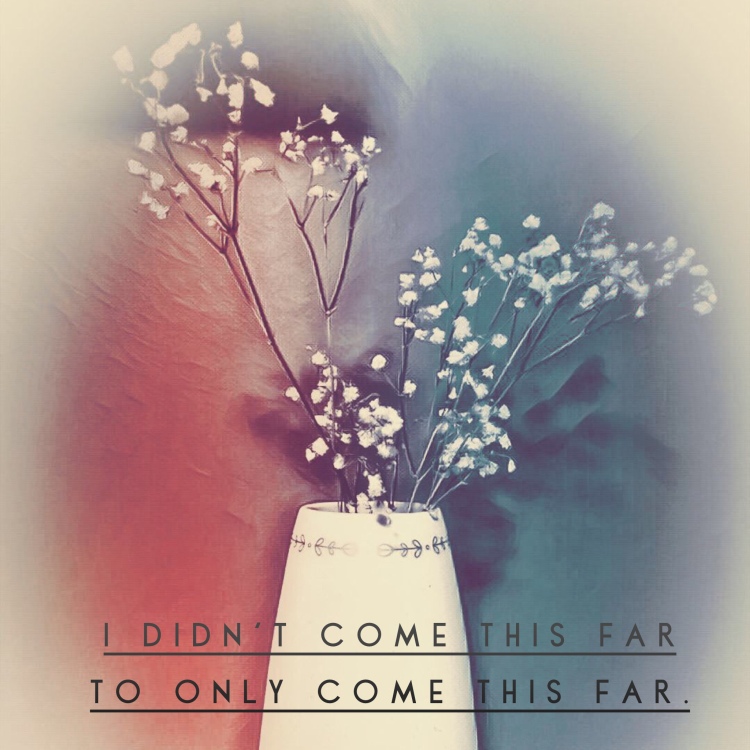 This time last year I promised myself I would be in Melbourne for the #MICF, but that just hasn’t been able to happen. I was lucky to be able to see some of my fave comics at Brisbane Comedy Festival (incl. Damien Power, Mel Buttle, Joe Shaffer, Paul Brasch, Linds Webb… and even more special guest stars!) so I’m loving that that happened, I just feel bad that I haven’t been able to fulfill my goal of Melbs this year like I’d planned. Oh well- next year, right? It’s something to work towards. Again.

Despite making small wins sometimes (like when I treat myself to raspberries… because RASPBERRIES. Come on! Also almond milk coffee, I’ve been having a lot of that.) when I really put my mind to it, I’m still struggling with my intake and am having to still supplement my diet with NG feeds. I have an impulse to stop with that but with going through ECT and everything at the moment, I can see why it’s probably best to be as nourished as possible. I can work on cutting out feeds another time, when I’m not working so hard on trying to curb this relapse, at home and all (and with increasingly less and less support from my treatment team over the last week or so.)

Guess what? I had been absent from yoga sessions for WEEKS but on Wednesday, I got a text from my mentor and subsequently went to a body/mind session which was just SO good to throw myself back into! I’m going to start practicing daily if I can at home, and hopefully go back to my couple of sessions at the studio a week- I can’t believe I went for so long without it in my life and I’m definitely going to NOT let it build up like that again. It’s such a good thing to have happening ❤

All this week I was looking forward to catching Kat Davidson who is headlining at the Sit Down Comedy Club at the moment, but tonight we recognized that I wasn’t well, Mum wasn’t well, Dad wasn’t well, and it was most probably in our best interests to give it a miss, no matter how sad that makes me! But it’s still on tomorrow night, so depending how we pull up tomorrow (which I hope is well because my cousins little boy is having a birthday get together) I might be able to catch it? We’ll see. I’ll keep you updated!

Today my little brother (who, let’s be honest, acts like my big brother) and his gf left for a week in Japan! They’ve arrived tonight, and I’m so excited for them! It’s going to be really special. I’m helping look after Calvin while they’re gone, and had THE loveliest snuggle with him this evening. I’ll include a picture of him being so damn cute. It’s a shame we can’t just let him out in the backyard- we’re having some renovations done- a deck, etc- and it’s a bit dangerous for him to be out there alone. So lots of little walks with him it is! 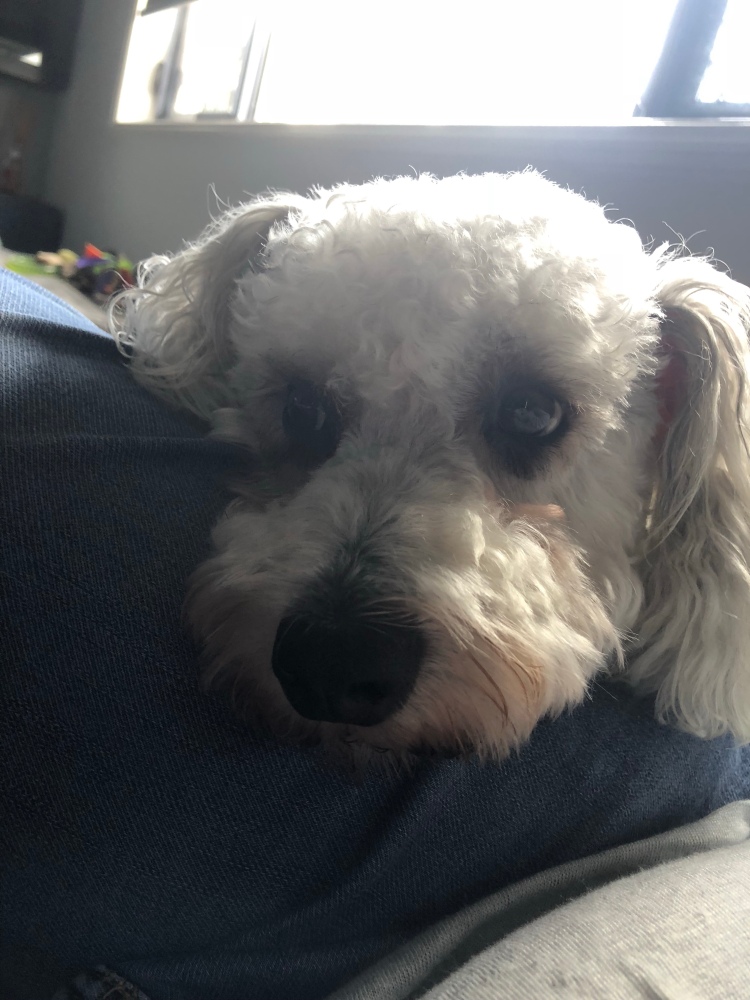 Well it’s actually time for me to go have some extra meds, so I can try and get a little sleep before tomorrow morning. Well, this morning- it’s now “tomorrow” officially.

I hope that whoever you are that’s reading this, you’re well and doing fine- more than fine- and that you have a great weekend.

2 thoughts on “If you don’t love me in my relapse, you don’t deserve me after my recovery.”